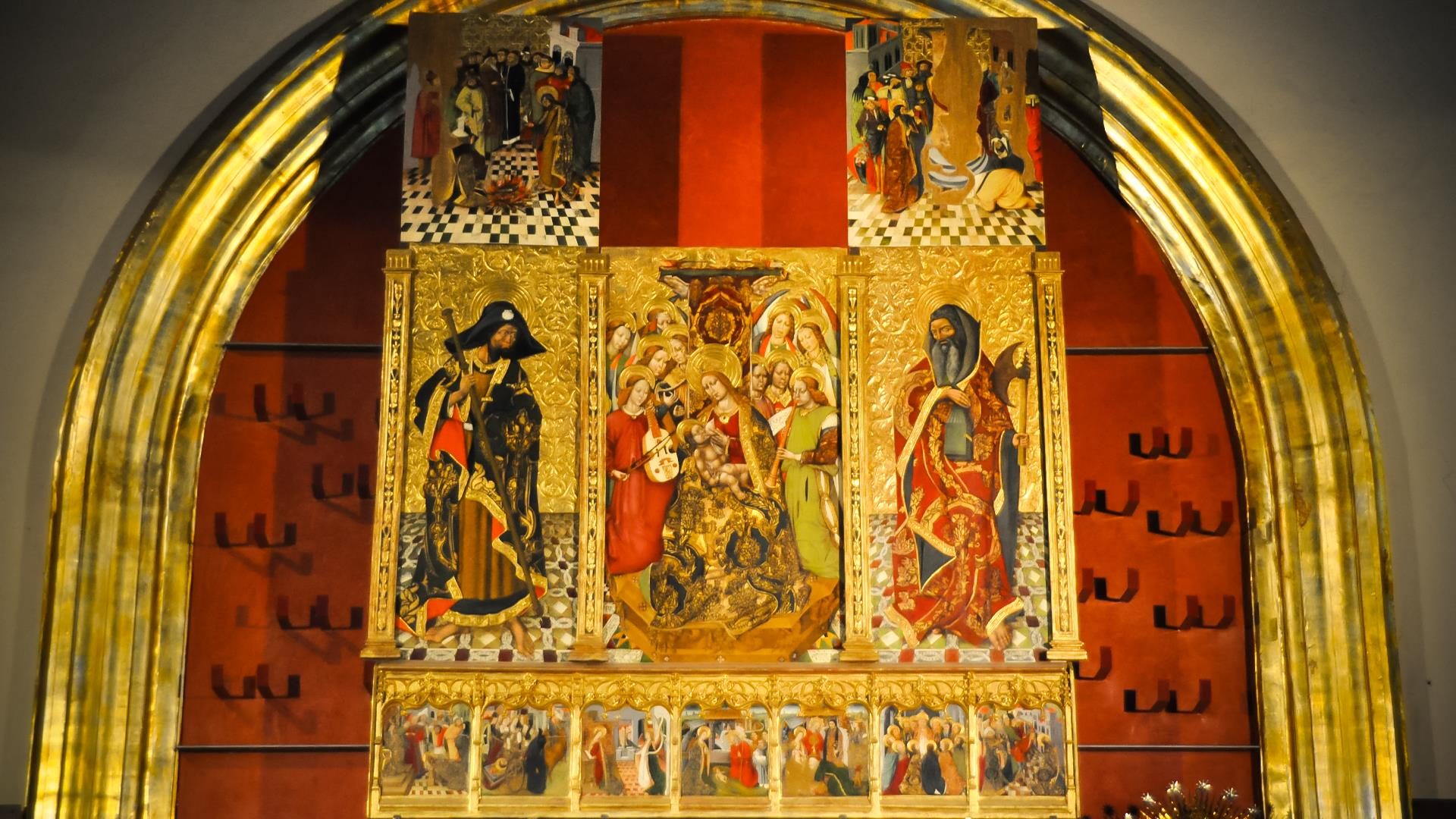 The Church of Sant Francesc

This is a Cistercian Gothic church built in the second half of the 14th century. It is the only architectural vestige of the disappeared convent of Sant Francesc, founded by Jaume I, who was part of it. Due to its proximity to the palaces of the nobility of Xàtiva, it became the pantheon of the most illustrious families of Xàtiva. Numerous characters were buried here: the Comte d’Urgell (Count of Urgel), candidate to the Corona d’Aragó en el Compromís de Casp (Crown of Aragon in the Compromise of Caspe), the sisters of Calixt III (Calixtus III), the grandparents of Aleixandre VI (Alexander VI), the last master of the order of Montesa and many members of important families of la Costera.

The complex was affected by a fire in the 18th century, and was restored and covered in accordance with the style of the period. In 1976 its Baroque envelope was removed, leaving the original Gothic structure.

The church has a single nave with pointed arches and a wooden gabled roof. It also has seven ribbed side chapels between the interior buttresses, where there were windows with Gothic tracery. In its interior is notable the altarpiece of the Verge de la Llet, by Valentí Montoliu, which belongs to the Morellano-Aragonesa school.

The Convent of Sant Domènec

Sant Domènec is a former Dominican convent built between the 13th and 14th centuries at the request of King Jaume II. The Dominicans came to Xàtiva to take the place of another dissolved religious order. Tradition has it that they studied Hebrew, when the three cultures of Arabic, Christian and Jewish coexisted, enriching the cultural life of Xàtiva, which at that time was the second most important city in the kingdom.

After the confiscation of ecclesiastical property in 1837, the building underwent numerous transformations until it was gradually demolished, with only the church being preserved.  In 1982, the convent was declared Asset of Cultural Interest and the church was restored. Gothic in style, it has a single nave with six pointed diaphragm arches. It is possible to visit a reconstruction of the chapter house and the South wing of the cloister. Today, the building is the site of the Corpus Christi Museum, which has a permanent exhibition of the elements of this traditional festivity.

The Church of Sant Pere

The church of Sant Pere Apòstol dates back to the 14th century and is located in the centre of the old market district. Its structure was simple, with a rectangular ground plan with diaphragm arches that divided the nave into four sections, as well as a tower attached to the chancel. The building has undergone several transformations, the most notable is the one that took place after the fire of 1707, which gave the church the baroque and rococo conception of the time.

The current appearance is the result of a restoration carried out between 1988 and 1995, which allows us to observe the different stages through which the building has passed (14th to 18th centuries). The original polychrome wooden ceiling stands out, as well as the last section and the chancel, which have been left with the rococo covering as a witness. The chapels have also been removed and 26 crypts have appeared in the subsoil.