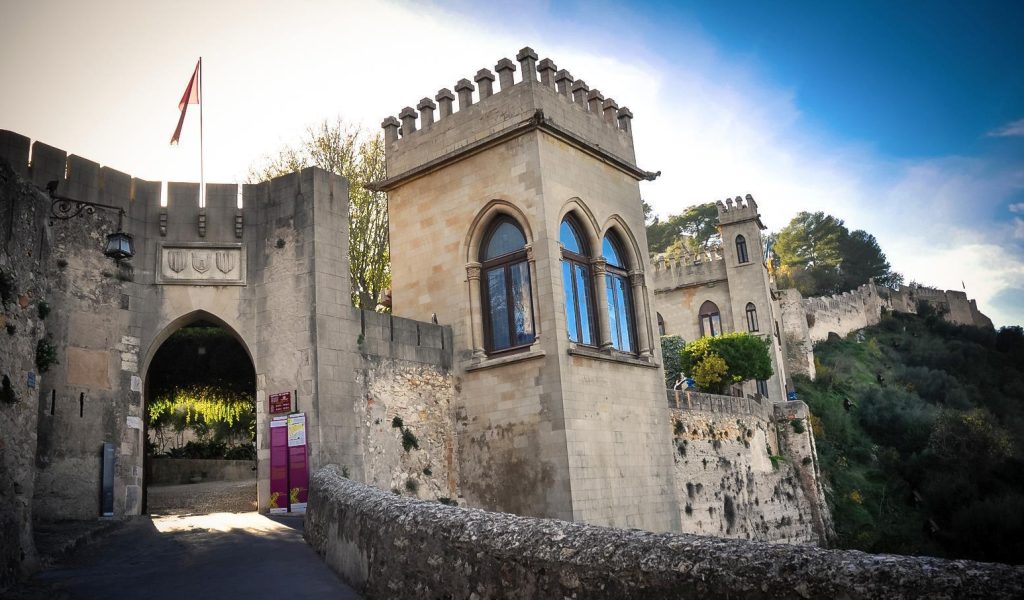 The Castle of Xàtiva

Omnipresent at the top of the Vernissa Mountain range, the fortress dominates the entire Costera. Due to its strategic location, it was the scene of several military conflicts throughout its history. It played a leading role during the campaigns of Hannibal and in the period of Al-Andalus, as well as in conflicts during the time of the Kingdom of Valencia: in the wars against Castile, in the Germanías and in the War of Succession.

Its imposing architecture has been declared a World Heritage Site. Despite its Iberian and Roman roots, most of the preserved walls and towers are of Islamic or Gothic origin. Once you are in Xàtiva, it is essential to take a walk around this fortress, where you can see splendid panoramic views of the city and la Costera region.

The enclosure is divided into the Castell Menor (Minor Castle) and the Castell Major (Major Castle), connected by a double line of walls. 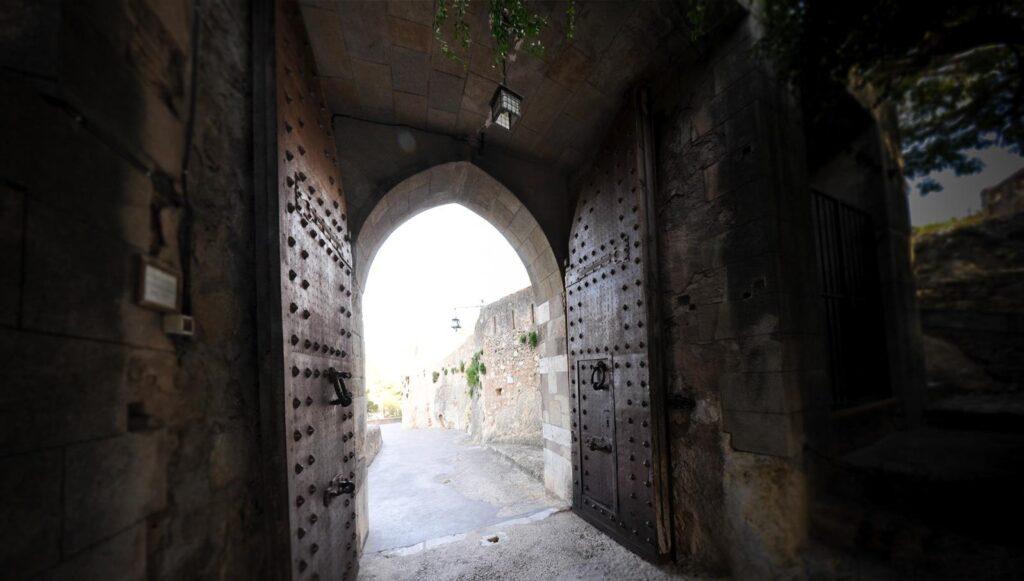 The Porta Ferrissa (iron gate) is the main entrance to the castle. Despite the alterations carried out in the mid-20th century, it is still located in approximately the same place as the original. Formerly, it was preceded by another gate, the Porta Forana, but this was blown up in 1813 by the retreating French army at the end of the Peninsular War. The frieze depicts the city’s coat of arms between two royal emblems. 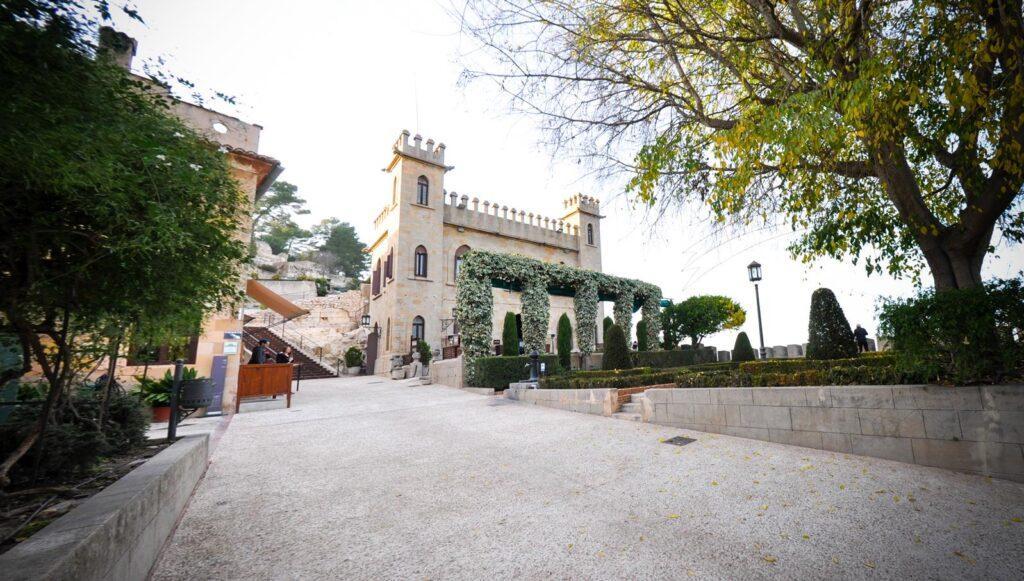 This is the castle’s central courtyard and gives on to the Castell Menor to the left, of Iberian origin, and the Castell Major to the right, of Islamic origin with constructions from the mediaeval Christian period. It also houses a recent neo-Gothic residence, of 20th century construction.

The Castell Menor (Minor Castle), facing east and built on the wall of the Penya Roja, is the oldest part of the enclosure, dating back to Iberian and Roman times. From its strategic position it was possible to control the Via Augusta.

Two gates with Gothic pointed arches stand out. The first is called Hannibal’s gate, as legend has it that, during the Second Punic War, the Carthaginian general entered the castle through this entrance. The second gate was built in the 10th century, during the Andalusian period, as evidenced by its L-shaped plan, although it was restored in the 15th century.

In the corner of the wall, there is the l’Esperó tower, which is a square medieval tower that stands out due to a recently recovered that still conserves a Roman ashlar base. Also, on a promontory at the top of the Castell Menor is the tower of Queen Himilce. There was a neo-Gothic balcony that once stood here, the only thing that is conserved today is the opening remains, which offers excellent views of the Castell Major (Major Castle).

Facing west and strung on the summit of the Vernissa Mountain range, there stands the Castell Major (main castle). After the Christian conquest by King Jaume I, it became the main defensive fortress on the road between Castile and the capital of the Kingdom of Valencia.
The Socors gate is the rear entrance to the castle and opens onto the Vall de Bixquert. Its name evokes the revolt of the Germanías in the 16th century. Another gate of the Castell Major (Major Castle) is the one of Santa Maria, of Muslim origin and rebuilt in the 15th century.
The fortification was also used as a state prison – a dark prison – of the former Crown of Aragon, with such illustrious figures as Jaume d’Urgell passing through its dungeons, who rebelled unsuccessfully after being discarded as a candidate for the crown of Aragon in the Compromise of Caspe.
One of the few medieval buildings that remain intact in the Castell Major is the Gothic chapel of Santa María, built in 1431 by order of Queen María of Castile. It is a small temple with a rectangular ground plan, a single nave covered with ribbed vaults and a sacristy. In its interior there are the remains of Jaume d’Urgell, who died as a prisoner in 1433. 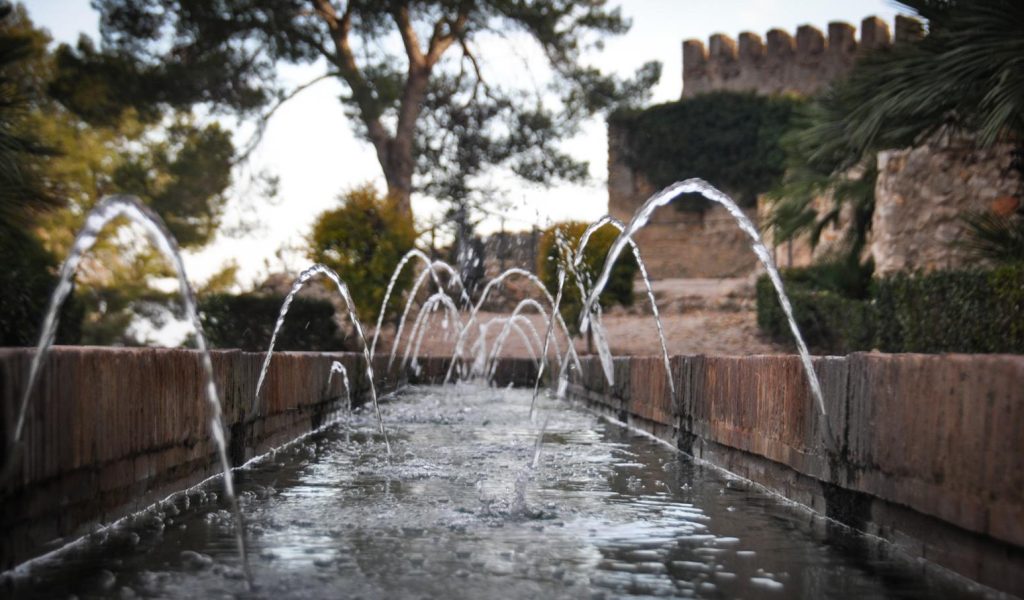 Online Tickets
Book your tickets for the Castle here.