The Borgia route in la Costera

La Costera boasts of being the birthplace of the Borgia family, one of the most powerful of the Renaissance. The family achieved universal fame with two popes, Alfons de Borgia (Calixtus III, 1456-1458) and his nephew Roderic de Borgia (Alexander VI, 1492-1503). One of the most suggestive ways to visit la Costera is to visit the places that were related to the famous family. 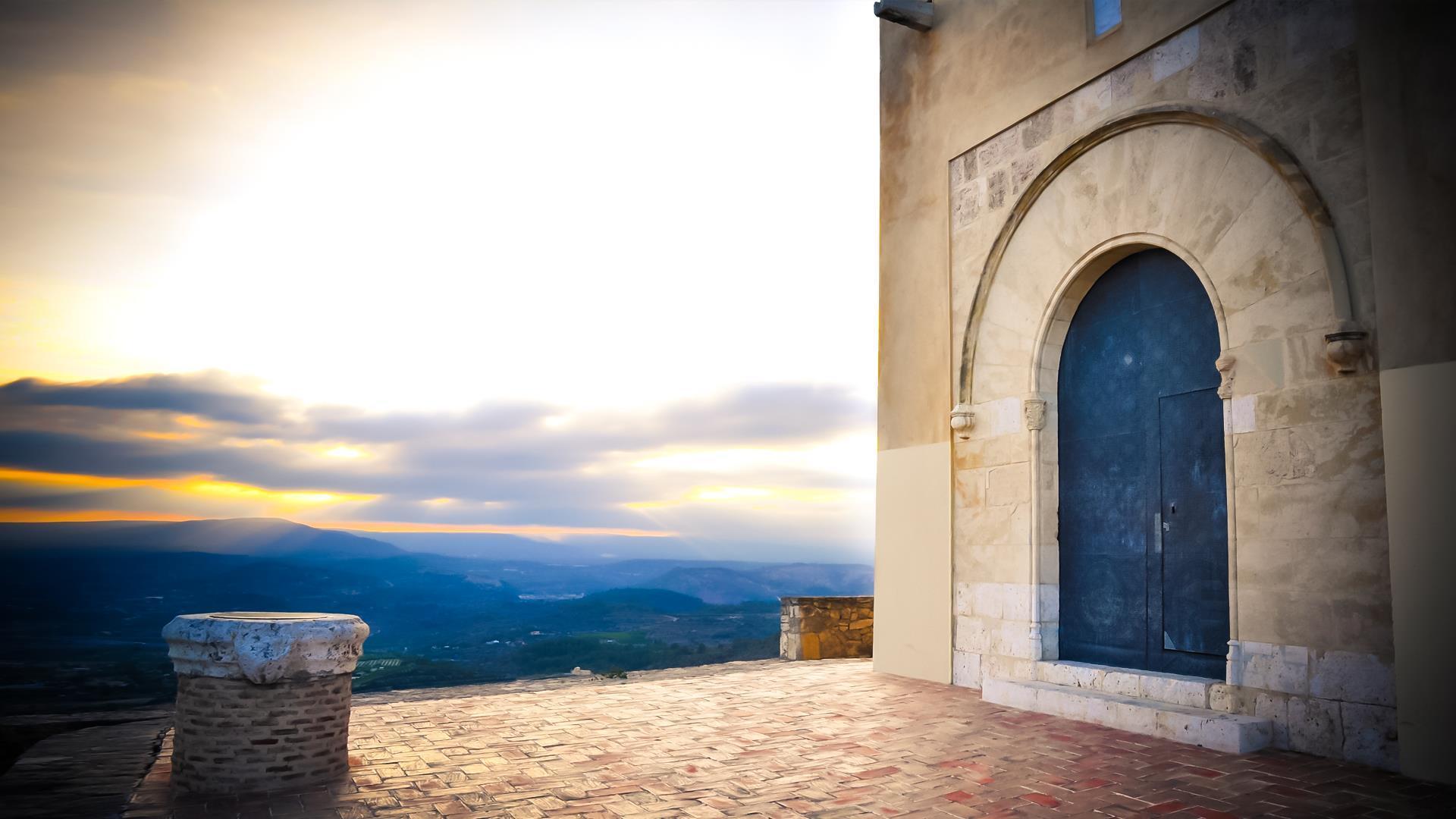 The Borgia route in la Costera

La Costera boasts of being the birthplace of the Borgia family, one of the most powerful of the Renaissance. The family achieved universal fame with two popes, Alfons de Borgia (Calixtus III, 1456-1458) and his nephew Roderic de Borgia (Alexander VI, 1492-1503). One of the most suggestive ways to visit la Costera is to visit the places that were related to the famous family.

The Borgia were one of the families that arrived with the Christian conquest, lineages that in exchange for conquering and colonising received properties in their domains. In the 13th century we find knights with the Borgia surname in the territories surrounding Xàtiva. 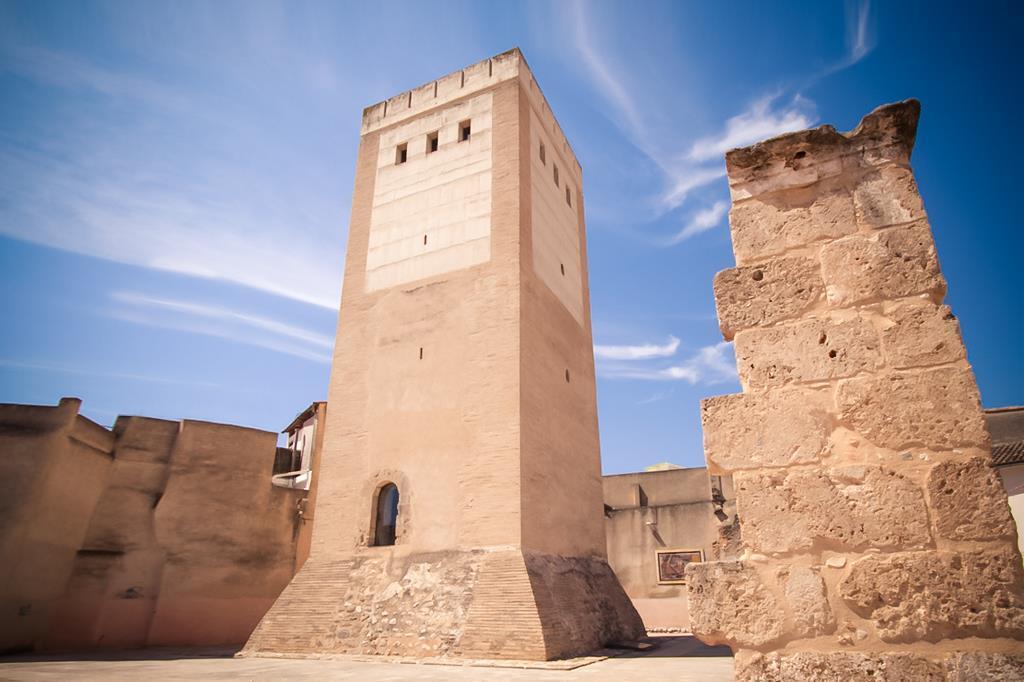 Until the mid-14th century, the Borgia were just another family of knights. But after the War of the Union, the exercise of municipal magistracies and the acquisition of lordships enabled them to strengthen their economic position. Their domains included an extensive territory dotted with manorial farmsteads, one of which, La Torreta, belonged to the Borgia family. Nowadays, in the municipality of Canals, it is known as the Tower of the Borgia, where Pope Calixtus III was born. 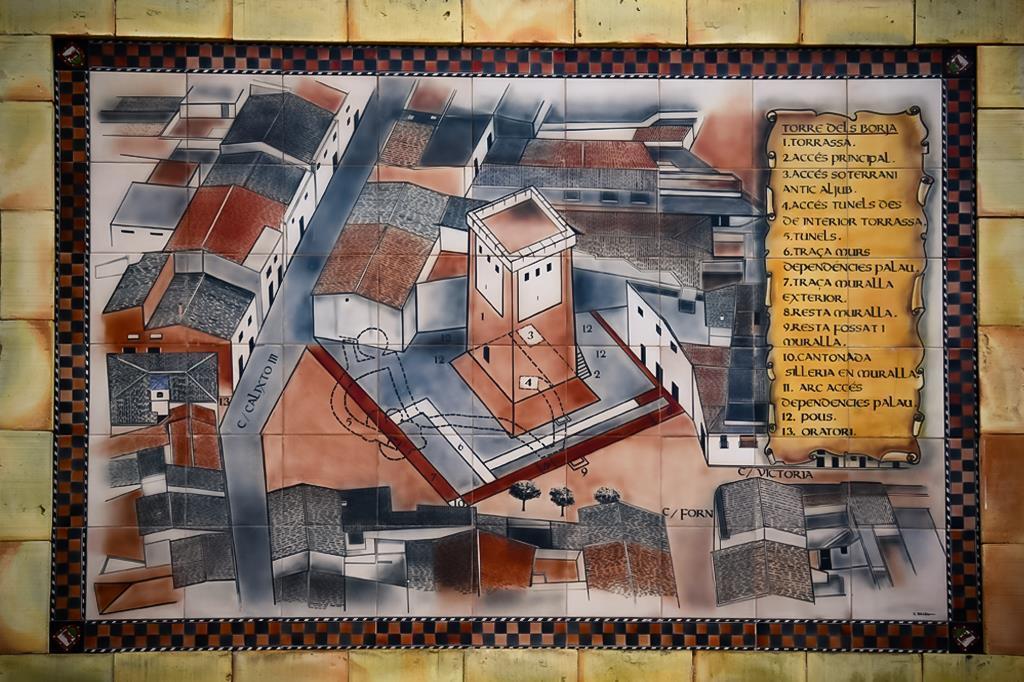 The Gothic style palace that surrounded the tower dates from the 14th century and made use of the remains of the wall and the Muslim tower that remained abandoned. In 1506 it was sold by the Borgia family, together with the manor, to the town council of Xàtiva. We know that in 1758 it was restored and in 1847 it was sold to private individuals who used it for their homes. Finally, in 1995 it was acquired and restored by Canals Town Council. 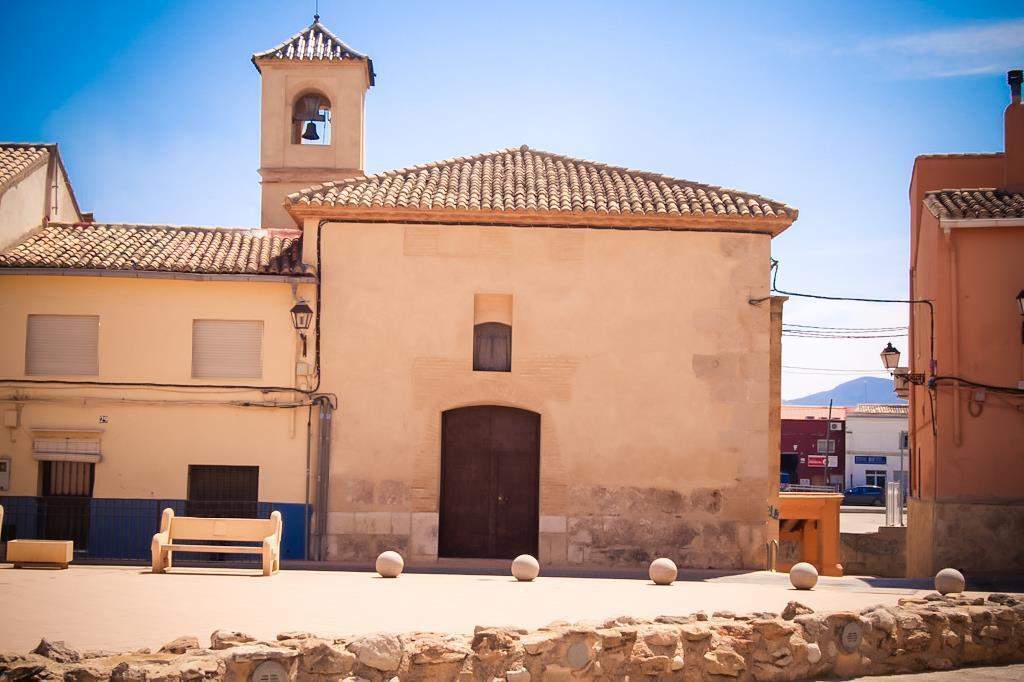 ORATORY OF THE BORGIA PALACE

Opposite the tower and forming part of the old palace complex is the church of La Torre or de la Santa Creu, the former oratory of the palace. It was built in the 14th century in the Gothic style of the conquest and has a single nave with a quadrangular floor plan. It is built with stone and mortar walls and a hipped roof. During its restoration, valuable mural paintings were recovered. 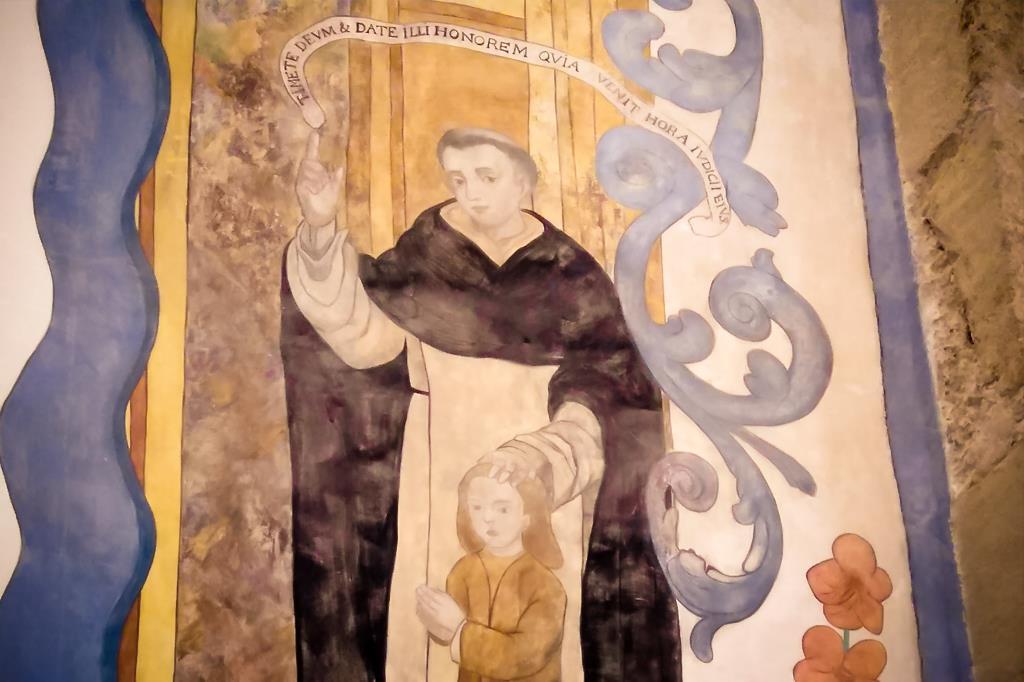 They represent the figures of Joseph of Nazareth with the Child, Sant Vicent Ferrer with Calixtus III as a child and Sant Francesc de Borgia, with allusive inscriptions in Castilian and Valencian of the period. The paintings are Baroque in style, although there are Renaissance juxtapositions as a result of the interventions carried out in 1721.

It was in Xàtiva where the Borgia lineage had its main seat. The Gil de Borgia, as they were known, were part of the small nobility of Xàtiva, heirs of the knights of conquest who had arrived in the city with Jaume I. They enjoyed a growing power in the city due to their political role, their marriages with other noble families such as the Fenollet or the Escrivà and also due to their relationship with the most renowned noble houses such as the Counts of Urgell. 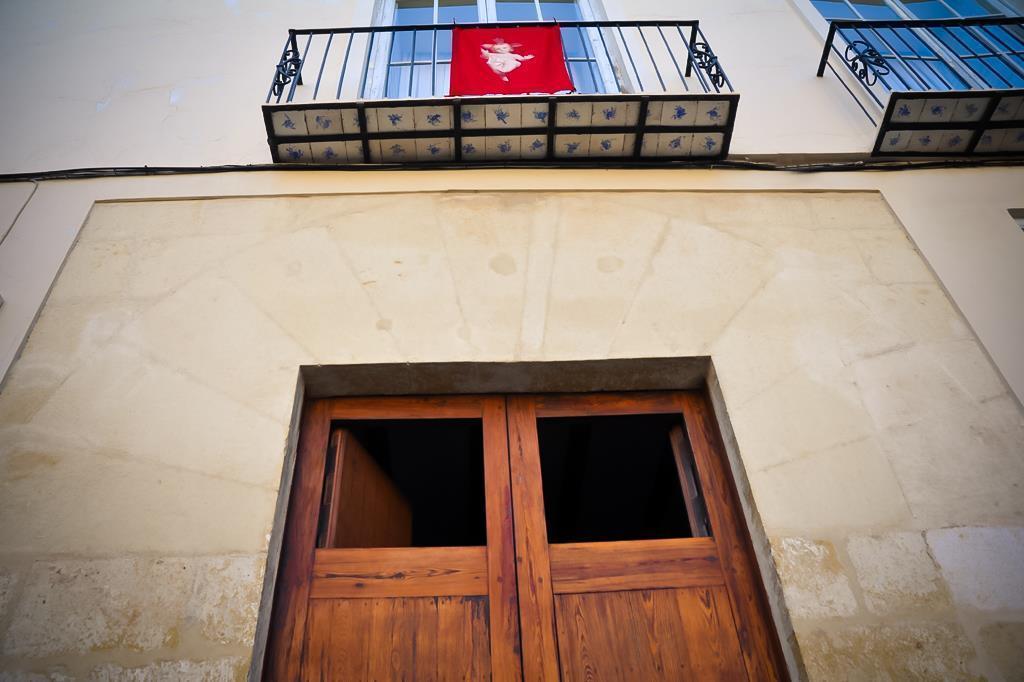 In Alexander VI square is the house where Roderic de Borgia, the future Pope Alexander VI, was born, as a plaque on the façade reminds us. The house belonged to the family for generations and there is evidence that it was renovated in the mid-15th century. 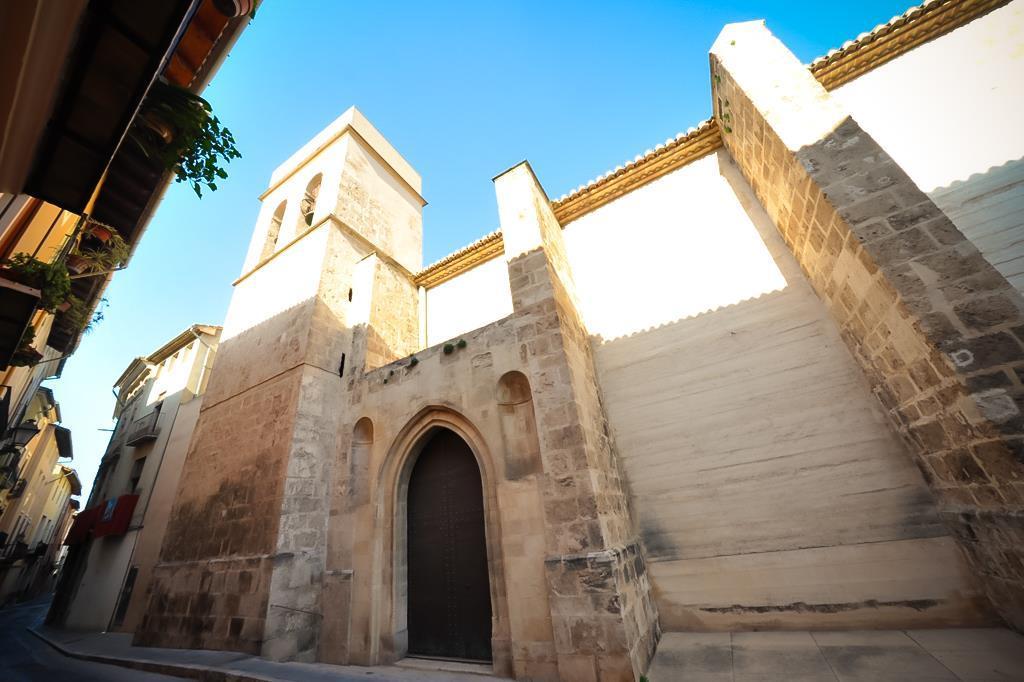 In Gothic Conquest style, it was built in the mid-15th century. Roderic de Borgia, the future Alexander VI, was baptised here in 1432. It has a single nave with three diaphragmatic arches and a Mudejar ceiling. At the end of the 17th century it underwent a Baroque refurbishment. 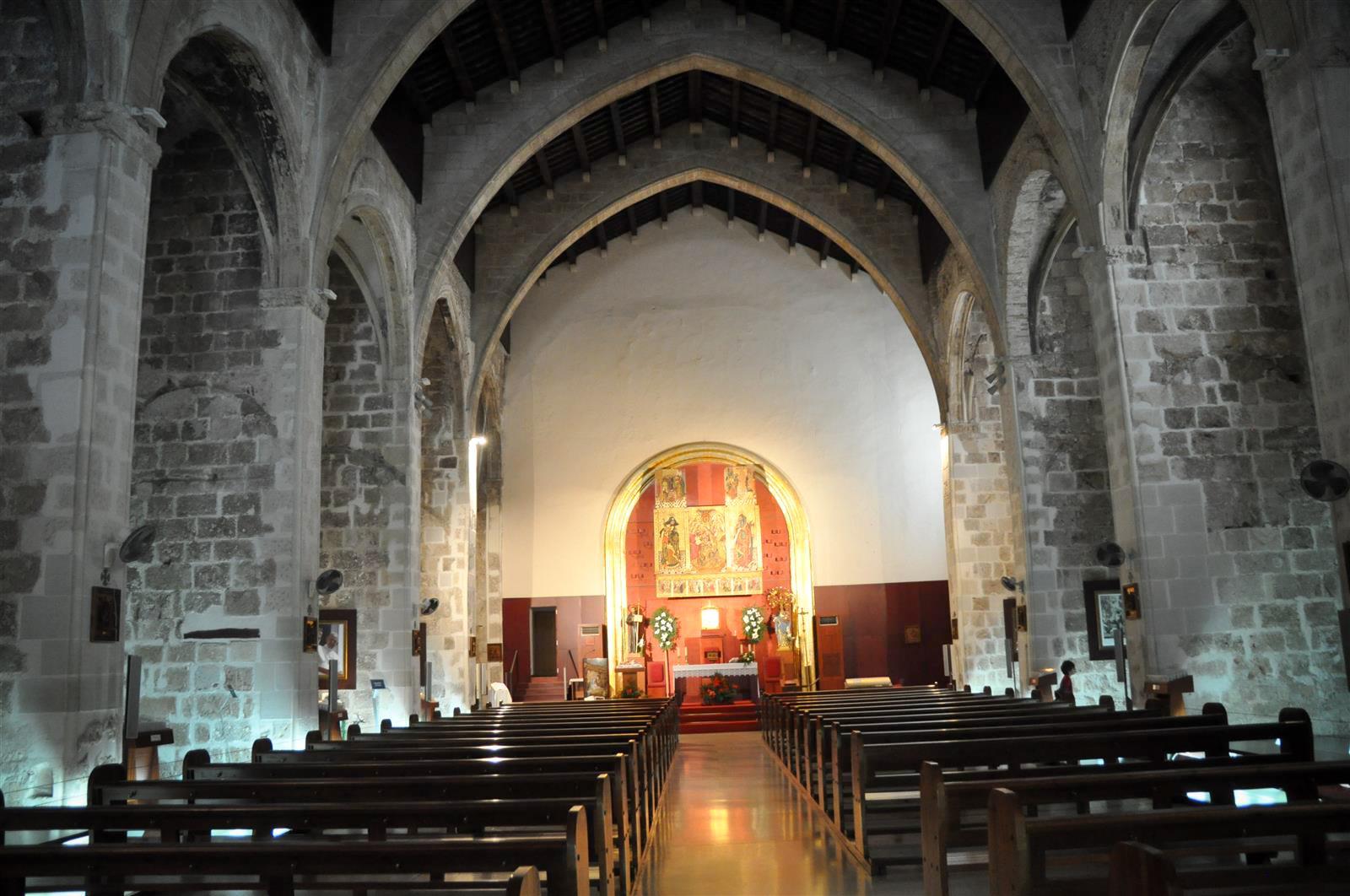 At the end of the 14th century, the Borgia had a funeral chapel in this church, which, due to its location in the aristocratic area of Montcada Street, became the pantheon of a large part of the nobility. Catalina de Borgia, sister of Calixtus III, the grandparents of Roderic de Borgia and other relatives were buried there. In 1470 the remains were transferred to the Collegiate Church. 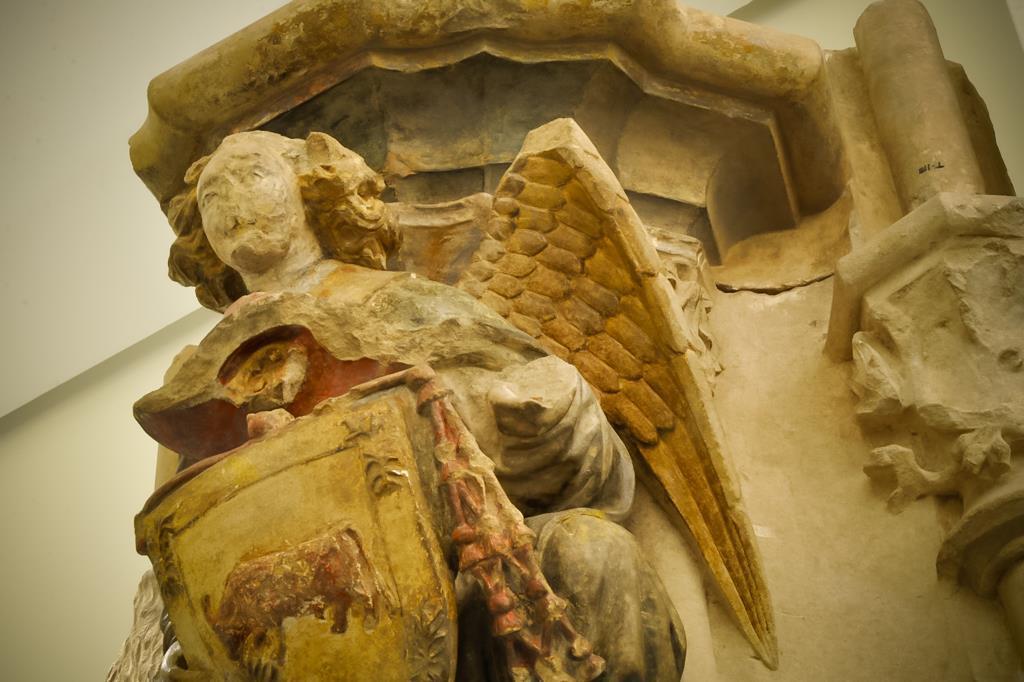 In 1444, Alfons de Borgia, who was already a cardinal, undertook the construction of the Chapel of Santa Anna in la Seu of Xàtiva. Unfortunately, this chapel was destroyed by later alterations. When it was finished in 1452, Cardinal Borgia had the remains of his ancestors moved there to be used as a family mortuary chapel. Although the chapel disappeared in the successive reforms of la Seu, the Altarpiece of Santa Anna is still preserved. 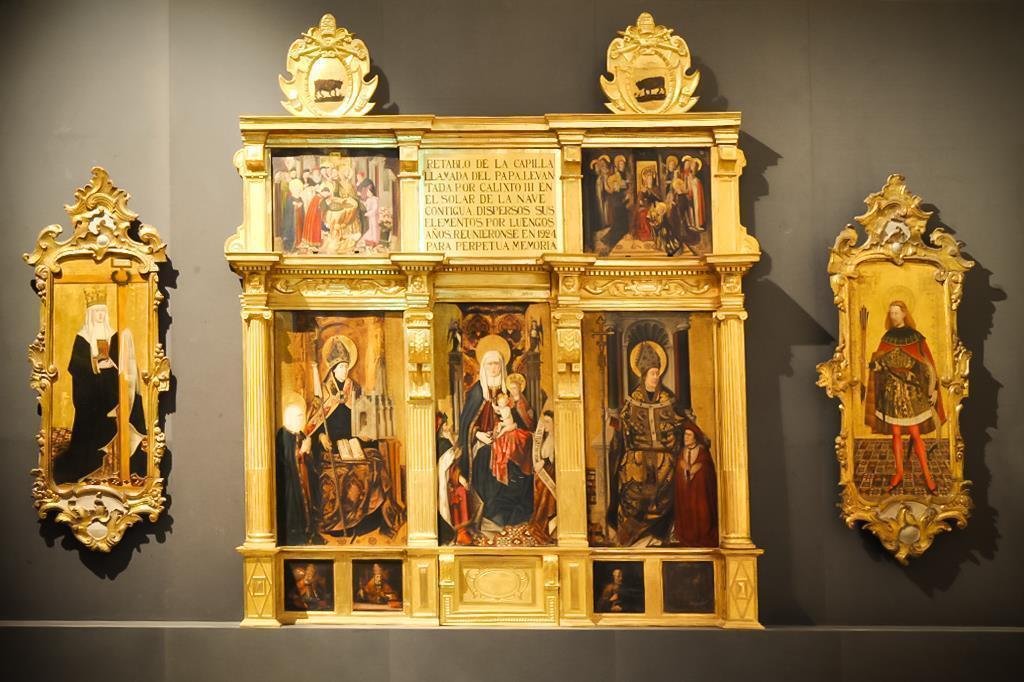 In 1452, Cardinal Alfons de Borgia commissioned Pere Reixach to make an altarpiece for the chapel of Santa Anna, protector of the Borgia family. The five preserved panels depict Santa Anna, Sant Agustí and Sant Idelfons, the baptism of Saint Agustí and the imposition of the chasuble on Sant Idelfons by Mare de Déu (the Virgin Mary). The panel of Sant Idelfons depicts a magnificent portrait of the praying cardinal, a tradition that is widespread at this time of year. 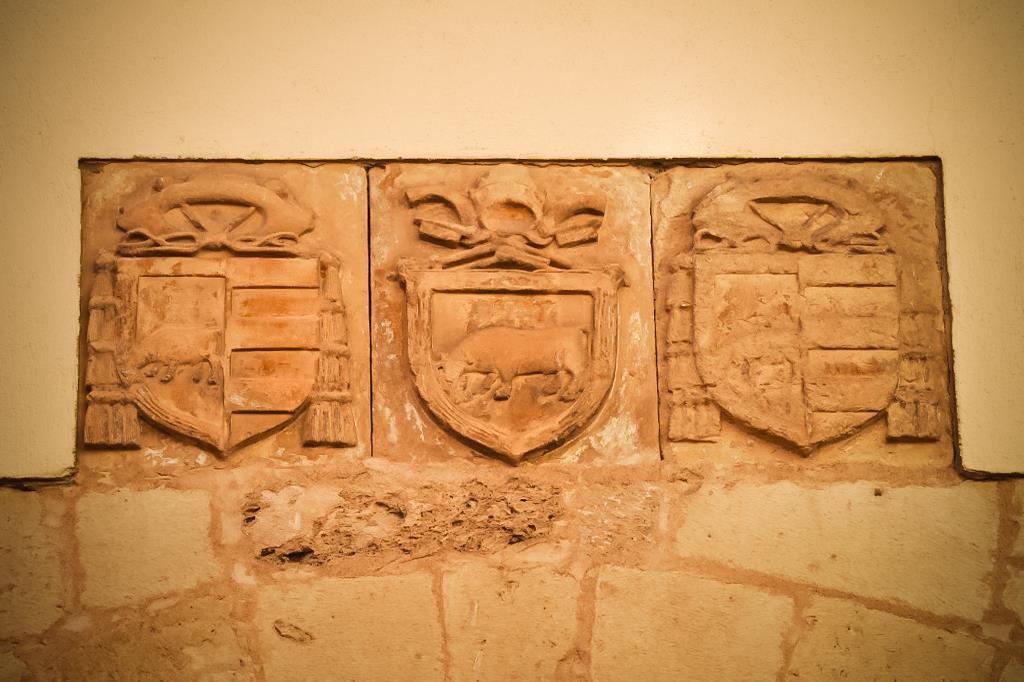 Although it was not built by the Borgia family, in the Palace of l’Ardiaca de la Seu we can find their coat of arms crowning the ashlar arch that leads to the entrance. Perhaps because Alfons de Borgia occupied this dignity for a time. 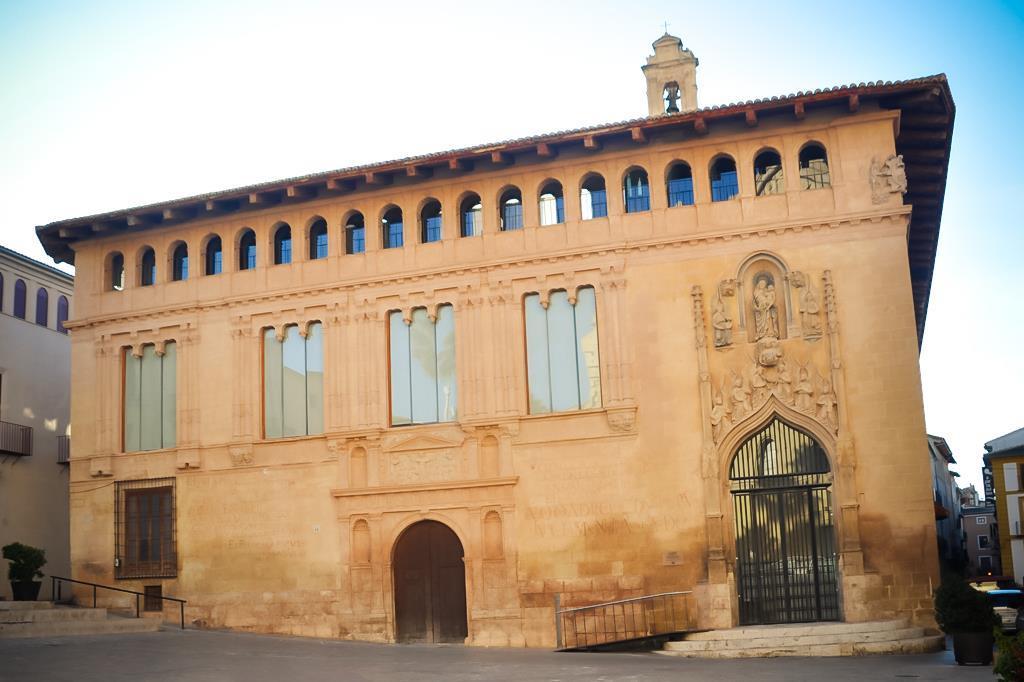 The growing power of the Borgia family allowed them to extend their lordships throughout the region. Anna, Navarrés and Xella came within the family’s sphere of influence. Beyond the region and neighbouring territories, the Borgia obtained lordships in Llombai, Albalat de la Ribera, Torís and, above all, the Duchy of Gandia. Outside the kingdom of Valencia, the Borgia family, as a result of their international political role, enjoyed lands in Italy, France and Castile. 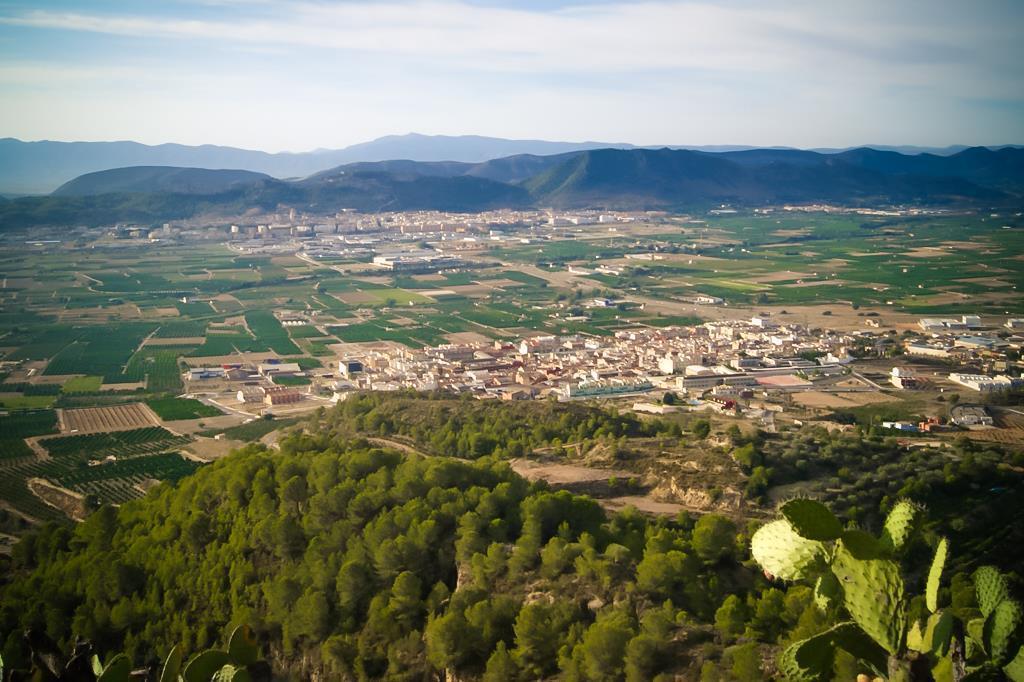 La Llosa de Ranes is another village in la Costera with whom the Borgia family maintained a relationship. It is not in vain that they built the hermitage of Santa Anna there. Located at the top of the hill, it offers extraordinary views of la Costera. 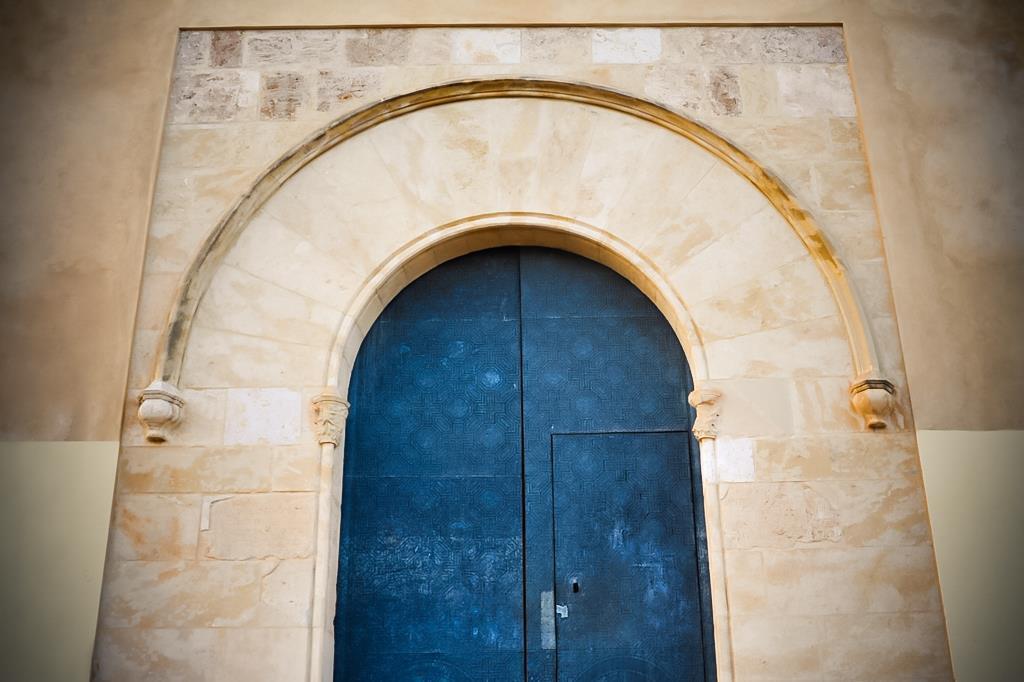 THE HERMITAGE OF SANTA ANNA

Gothic building from the mid-15th century, an enclave in the municipality of Xàtiva, located at the top of the Santa Anna mountain. The interior of a single nave consists of three sections plus the presbytery, all covered by a ribbed vault. In the first section, the keystone contains the coat of arms of an ecclesiastic of minor dignity from the Borgia-Oms family (the branch of Pope Alexander VI). 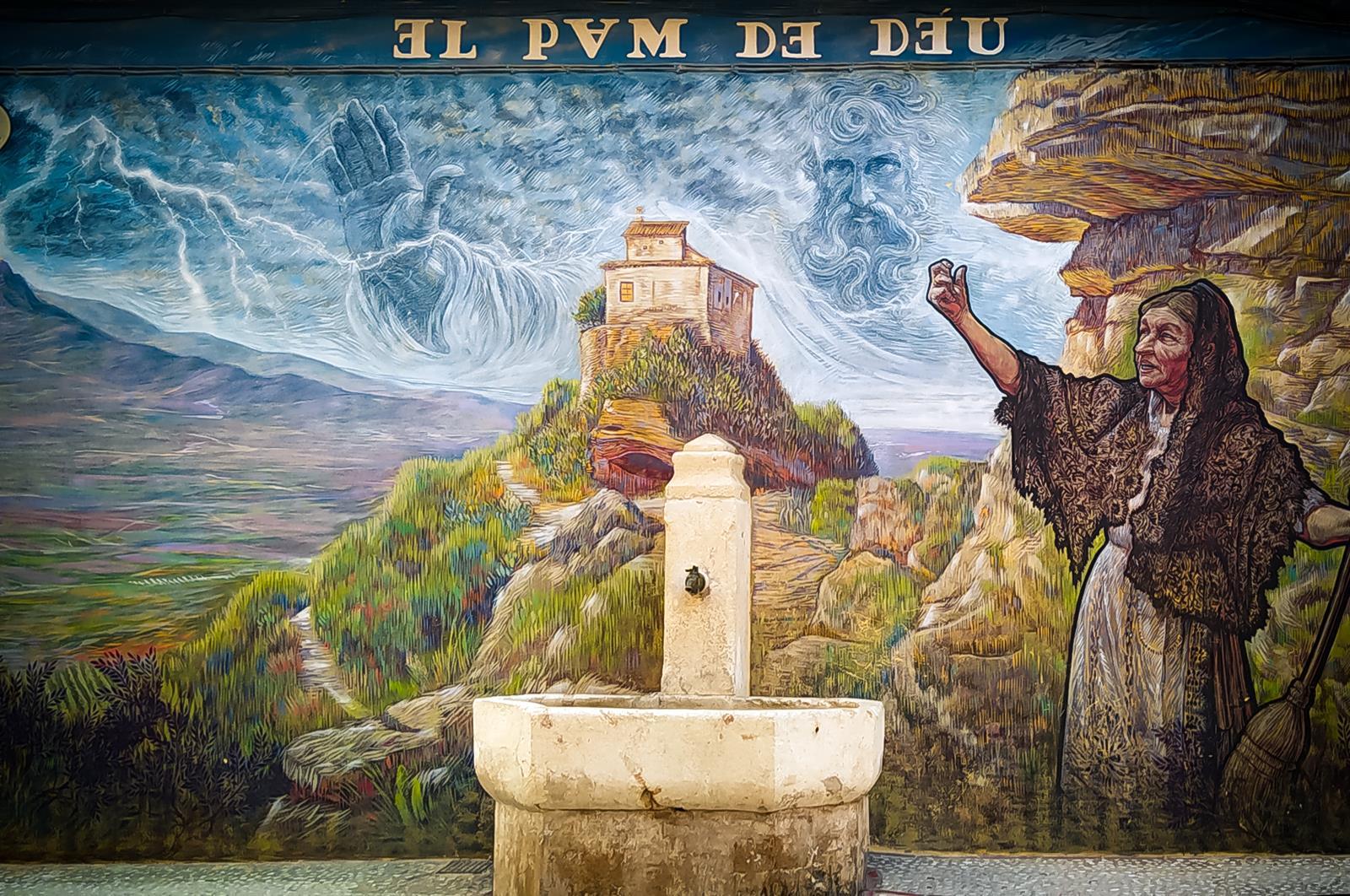 You have to believe and think, and think and believe that many, many years ago the current summit of Santa Anna and the summit of Puig were part of the same mountain range. This mountain range formed a mighty wall of living stone, steep and rugged, at the top of which there were already the two hermitages that we can still see today. These two hermitages were situated opposite each other, separated only by a dusty esplanade. The complete legend 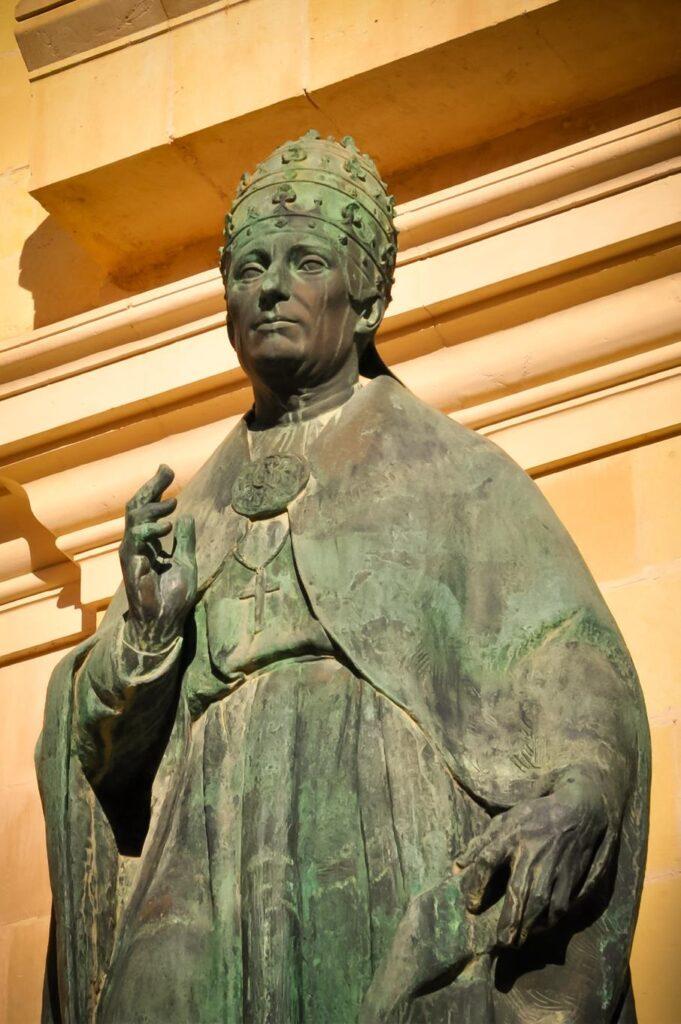 Son of Doménec and Francina, the first-born of his family, he had four sisters: Isabel, Joana, Catalina and Francisca. He studied in Xàtiva and Lleida where he obtained a doctorate in canon law (1411) and civil law (1416). From an early age he was involved in the royal administration, and in 1408 he was already advising the mayor of Lleida at the same time as he was rising through the ecclesiastical ranks. In 1417 he joined the royal chancellery of Alfons el Magnànim and moved to the court where he became a royal advisor, regent of the chancellery and permanent member of the Supreme Royal Council. In 1420 he accompanied the king to Italy and in exchange for his services he obtained new ecclesiastical dignities, culminating in the attainment of the archbishopric of Valencia in 1429. He received this title as a reward for his role in the resolution of the Western Schism and the definitive reintegration of the popes of Peñíscola to the obedience of Rome.

Roderic was born into a family of the nobility of Seville as a result of the marriage between Jofré de Borgia and Isabel de Borgia (sister of Alfons de Borgia/Calixte III). He was the third of five siblings. In 1437, after the death of his father, the family moved to Valencia to live with his uncle Alfons, who was already archbishop of the city. With his powerful support, he began a rapid ecclesiastical career that brought him posts in Valencia and Lleida. In 1449 he went to Rome at the invitation of his uncle, who was already a cardinal, where he was educated by the humanist Gaspar de Verona until he went to Bologna to study law, where he obtained his doctorate in 1456. 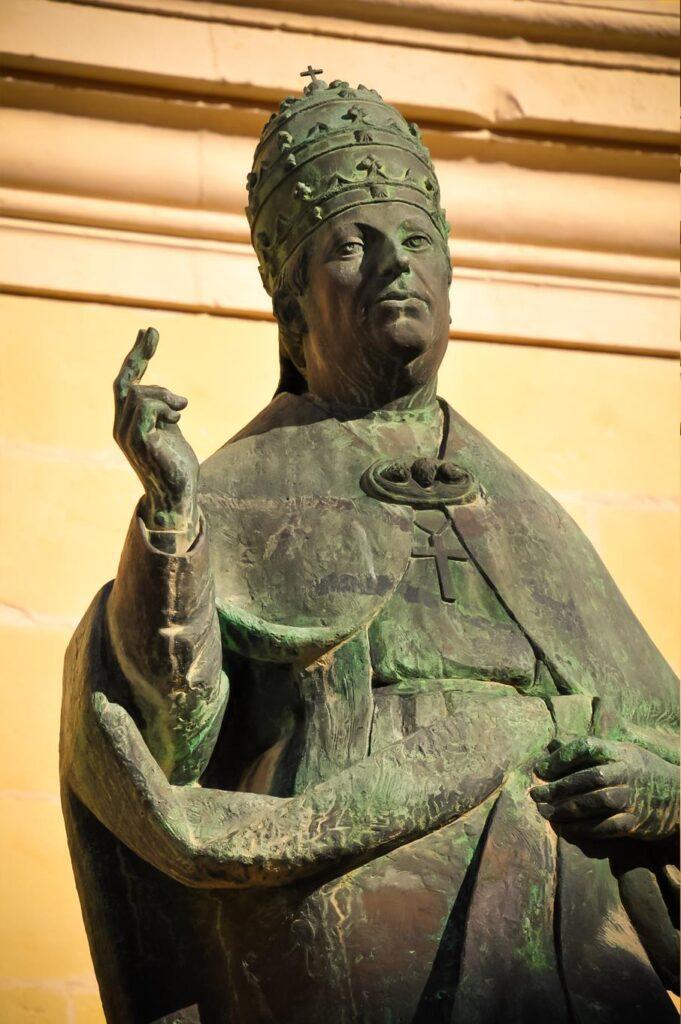 The Borgia family endured over time and spread throughout the states of the Iberian and Italian peninsula, France and the American colonies. In some villages of la Costera region, the Borgia surname still remains, especially in Montesa. 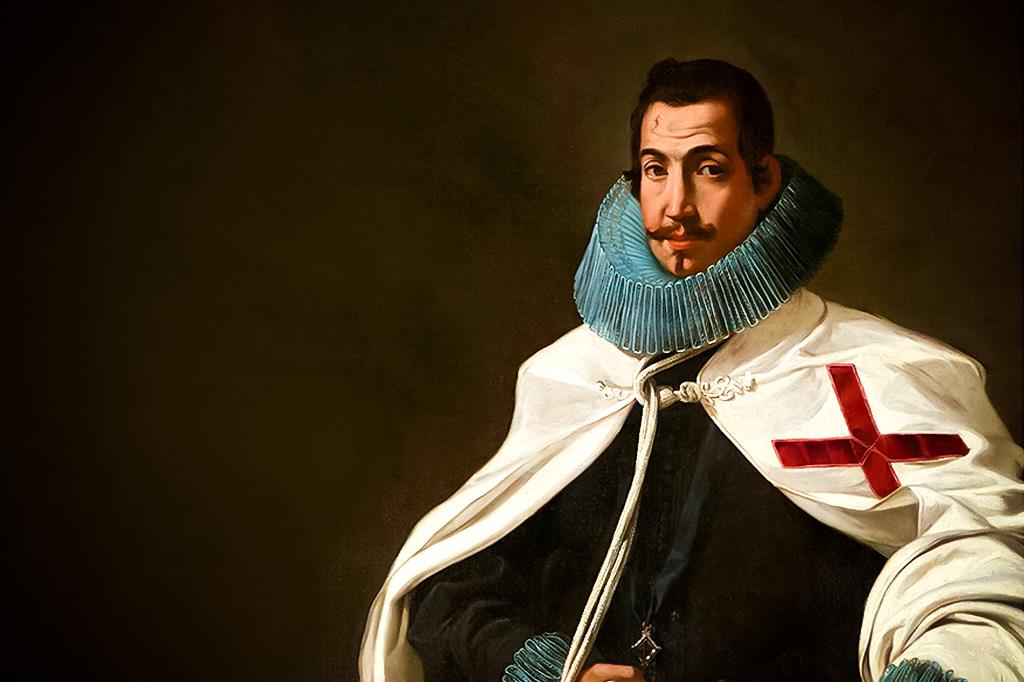 TWO BORGIA BROTHERS AND THE CASTLES IN LA COSTERA

The brothers Galceran and Didac de Borgia were destined by their parents to religious careers, the former as Friar-Knight of the Order of Montesa – where he became Master – and the latter as a cleric. This was no obstacle to a hectic life that led them to assassinate a political rival, Dídac d’Aragó, the natural son of the Duke of Segorb. Dídac de Borgia was finally imprisoned in the castle of Xàtiva and beheaded in 1562. Years later, his brother Galceran was condemned to spend ten years imprisoned in the castle of Montesa. 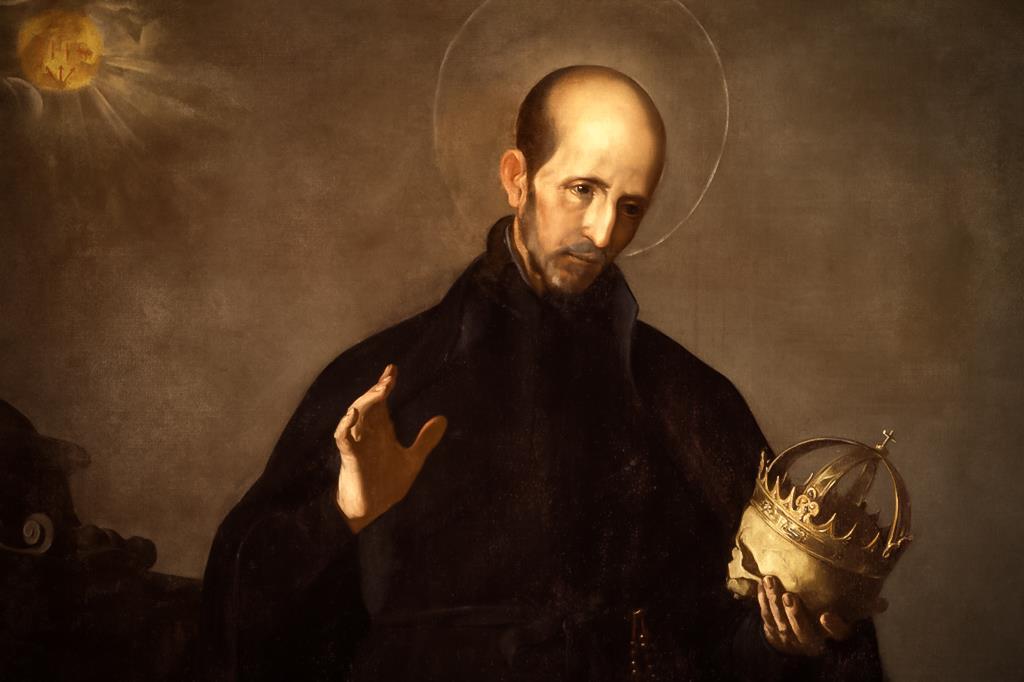 After a life as a noble Marquis of Llombai and Duke of Gandia, Francesc de Borgia (1510-1572) entered the Order of the Jesuits. Perhaps he was fleeing from the turbulent political scene of the time, in which his brothers Galceran, Dídac and Felip continued to participate more actively. In 1565 he was appointed Superior General of this order, a position with so much power that it is also known as the Black Pope, because of the black habit that Jesuits wear. A century after his death he was canonised in 1671. 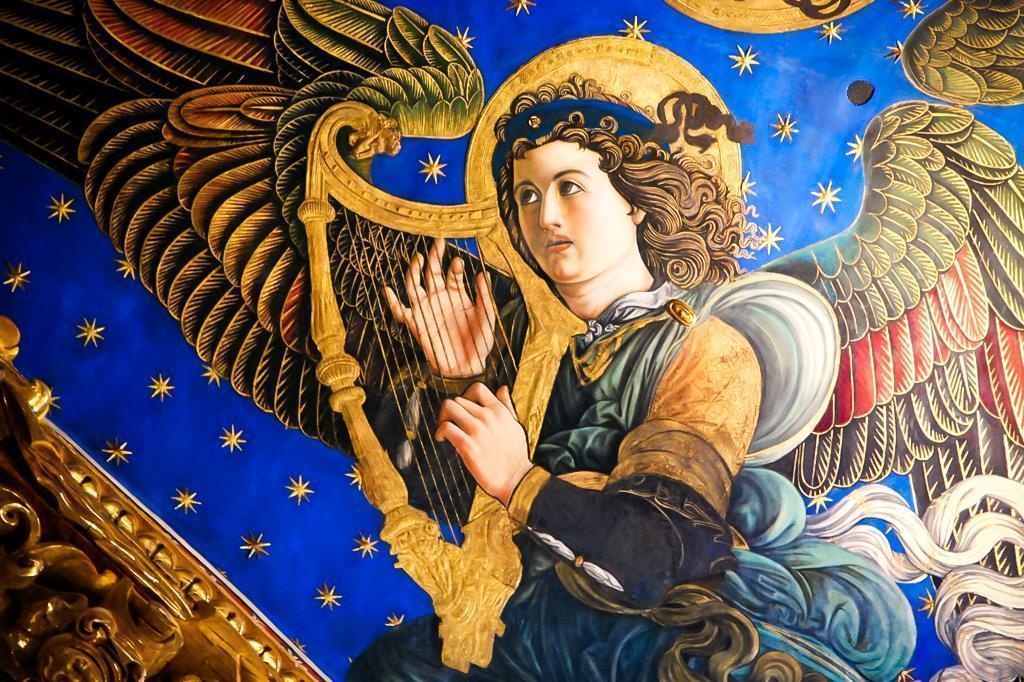 THE BORGIA FAMILY AND THE RENAISSANCE

The Borgia popes promoted the introduction of the Italian Renaissance in Valencia by commissioning Paolo di San Leocadio and Francesco Pagano to paint the façade of Valencia Cathedral. As cardinals and popes, they were also patrons who consolidated the careers of artists such as Leonardo da Vinci, Michelangelo, Bosch and Titian. 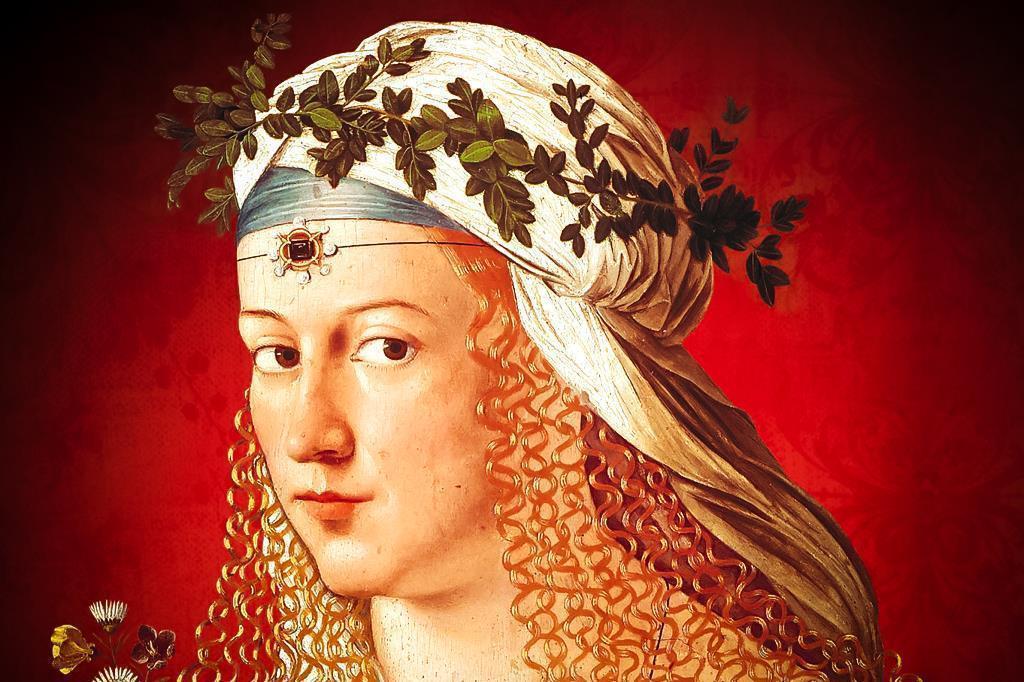 In the Palau de l’ardiaca (l’ardiaca palace) of the Col·legiata (Collegiate church), above the noble vaulted doorway, there is the coat of arms of Calixt III and two other shields of the Borgia-Oms coat of arms, which could belong to Cèsar Borgia, although there is no record of the fact that César Borgia ever visited the Costera. The same can be said of his well-known sister Lucrècia.