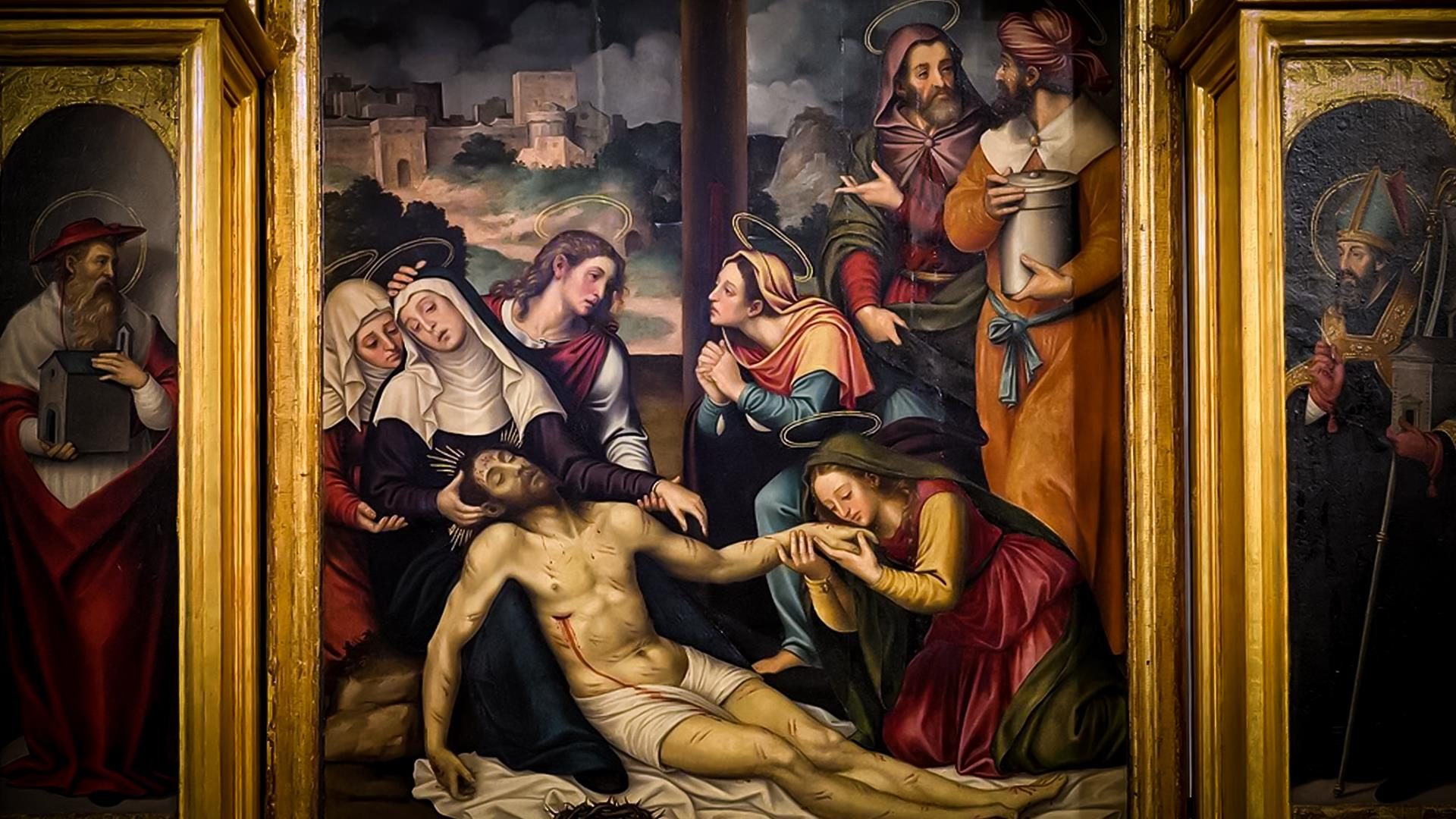 In the Parròquia de la Nativitat de la Mare de Déu (Parish of the Nativity of the Virgin) de La Font de la Figuera is one of the most representative works by Joan de Joanes, who, together with his father Vicent Macip and his sons, is considered to be the most important nucleus of Valencian Renaissance painting.

The monumental Retaule Major (High Altarpiece) was painted between 1548 and 1550, commissioned by Donya Brianda Maça de Linçana i Carròs de Arborea, mistress of the town, who is depicted as the donor on the panel of the Birth of Mary. This altarpiece, painted jointly with his closest disciple, Gaspar Requena, consists of a predella, three sections, an attic and a plinth. In total there are 26 panels and a sculpture of the Verge de Gràcia (Virgin of Grace). King Carlos IV took the panel of Salvador del Sagrari to Madrid.

The altarpiece survived the fire in the church during the Civil War and was restored on two occasions: the first in the 1950s at the Museo Nacional del Prado, and the second, in 2004, restored the panels to their original splendour.