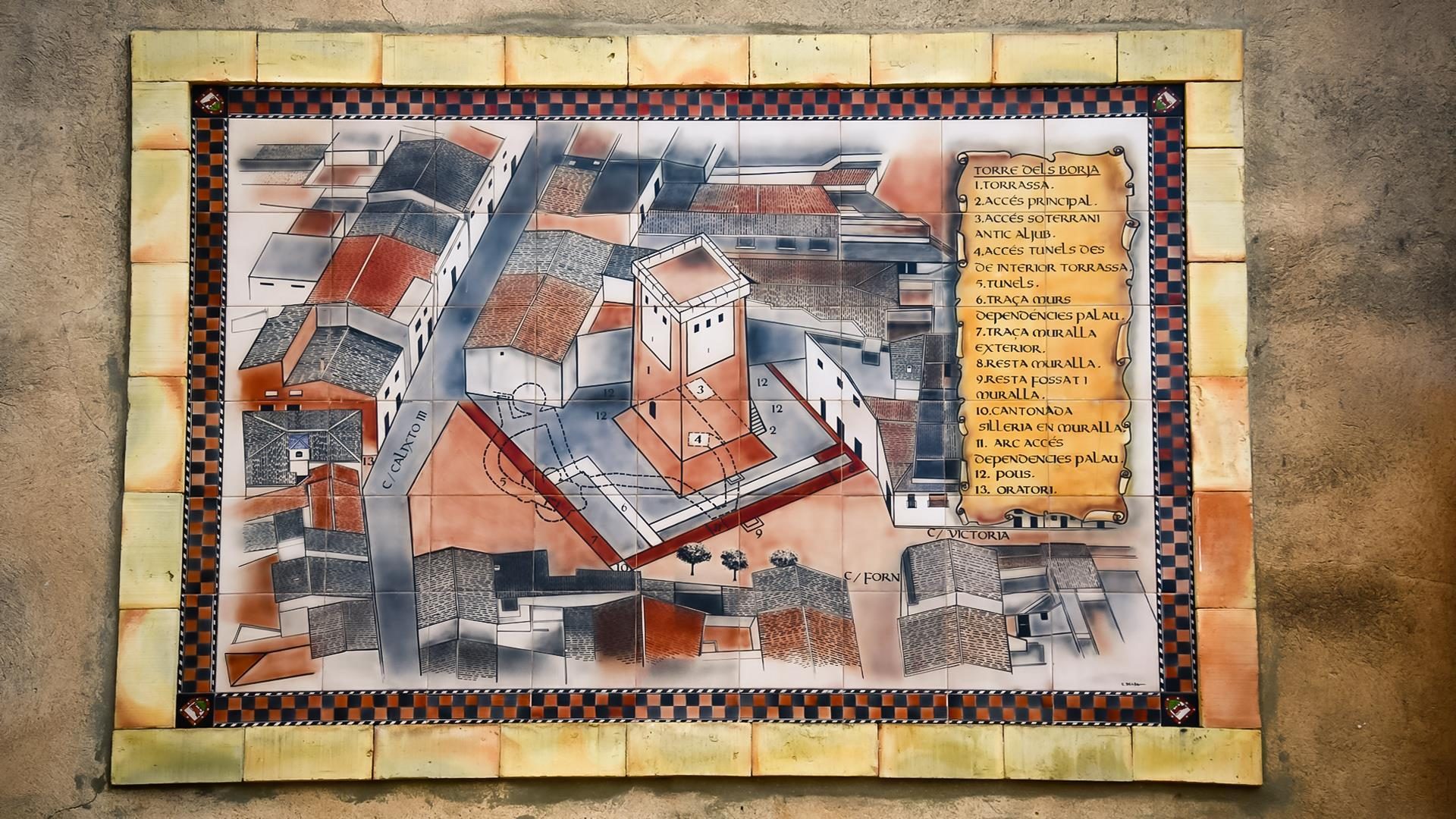 The Tower of the Borgia Palace and the Oratory

The Borgia family owned a Gothic palace complex in Canals, specifically in the district of La Torre, but only the oratory and a watchtower remain today. Around 1435, the father of the future Pope Alexander VI, Jofré de Borgia, acquired the property, although the palace was built in the 14th century and later renovated by the family. In 1506, the last Borgia de la Torre lord sold the place to the council of the city of Xàtiva.

The tower is still standing, a fortified construction of masonry and brick with a square ground plan and a basement. The upper part was rebuilt at the end of the 20th century, recovering its original height and demolishing the houses that had been placed next to it.

L’oratori dels Borja o de la Santa Creu (the oratory of the Borgia family or of the Holy Cross) , also known as the església de la Torre (church of the Tower), is a simple building with a rectangular ground plan and a single nave with three sections. There is a small altarpiece, painted by the Mestre de Borbotó at the beginning of the 16th century, which represents the Verge del Roser amb el cavaller de Colònia (Virgin of Roser with the knight of Cologne). There is also a mural painting depicting the prophecy that Vicent Ferrer made to Alfons de Borgia announcing that he would become pope.